What to expect at The Lowry for Manchester International Festival 2019

Manchester International Festival has turned the city into a world stage for the arts over the past decade with its diverse programme of theatre, dance, music and more.

This month they bring the world’s most in-demand theatre maker to direct one of the great European acting ensembles in two theatrical masterpieces asking big questions about where we are now.

From an adaptation of one of the world’s most influential novels, to apowerful and emotive exploration of what the idea of ‘Europe’ means today and throughout history, Ivo van Hove uses his extraordinary vision to address enormous themes and create incredible spectacle. 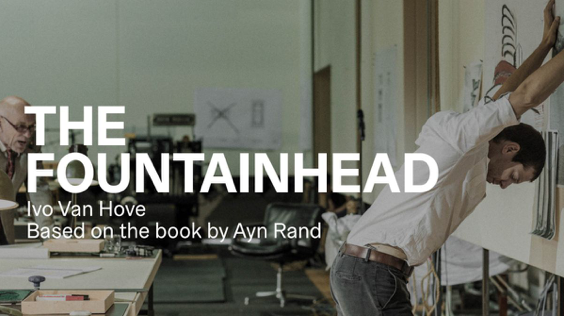 Internationaal Theater Amsterdam
Based on the book by Ayn Rand

‘Ayn Rand’s ‘The Fountainhead’ confronts us with a battle of ideas that lie at the heart of our politics – individualism vs collectivism. When Margaret Thatcher famously said ‘there’s no such thing as society’ it could gave come straight from the pages of ‘The Fountainhead’. It’s a fierce and passionate paean to the primacy of the individual, told through the stories of some uncompromising lead characters. Our current generation of politicians from Trump to Sajid Javid drink their political philosophy from the pages of ‘The Fountainhead.’’

It revolves around architect Howard Roark’s struggle to retain his individuality in the face of forces bent on bringing him to heel. Roark argues that individuals, not societies, propel history – that individual creators are ‘The Fountainhead’ of civilisation and the desire to assert one’s self is the single greatest virtue a person can possess. At the heart of ‘The Fountainhead’ is a message that society controls and conforms us and individuals must act selfishly in order to be free.

Breathtakingly tense and staged with Van Hove’s unmistakable vision, this electric piece of theatre uses a vast, innovative, urban set design that integrates live video into the heart of the storytelling.

At over 4 hours long it is epic on every scale and undoubtedly one of 2019’s must see theatrical events in the UK.

Van Hove describes it as ‘a war of ideas’ but it is also a passionate hymn to individualism and a deep and destructive love story.

Presented as a pre-Factory event, ‘The Fountainhead’ receives its UK premiere at MIF19. 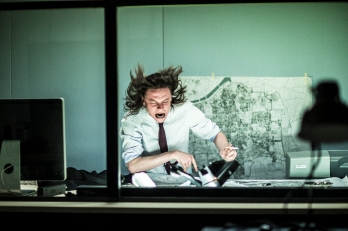 In a year when a deeply divided Britain looks set to leave Europe, we must ask ourselves: ‘What is Europe’? Is it a continent or a culture, a bygone dream or thriving reality – or all of the above?

This timely, powerful event begins with multi-award-winning author Michael Morpurgo (‘War Horse’) setting the scene as he performs an original text giving a personal perspective of Europe over the last 100 years, from the catastrophe of WWI – itself the product of the failure of European cooperation – to the politics of the present day.

Over the next hour the Internationaal Theater Amsterdam ensemble and some special guest performers (including renowned actress Juliet Stevenson) perform key speeches and literary texts written about Europe over the last 400 years; from classic writers such as Shakespeare, John Donne and Victor Hugo right up to Barack Obama, Theresa May and Boris Johnson.

Using a mix of beautiful poetry and prose performed live, with videos of historic speeches from Thatcher, Churchill, Reagan and others it’s a moving, provocative and powerful expression of one of the most important issues of our times.

‘’Re:Creating Europe’ doesn’t attempt to take sides. Instead it challenges you to think about what Europe is, and what its future could be… It’s an honour to bring ‘Re:Creating Europe’ to Manchester and to the heart of the current debate about the future of Europe.’

Watch a preview of Juliet Stevenson reading an excerpt from Re:Creating Europe at the MIF19 launch

‘I am so thrilled to be involved in ‘Re:Creating Europe’. I am a massive fan of Ivo van Hove’s work so am very excited to be working with him on this. And as we all continue to grapple in different ways with our relationship to Europe & with our identity as Europeans, this reflective piece exploring our historical roots and connections to the Continent seems apt, timely and needed.’

A quick word about the general election…

What to expect at The Lowry for Manchester International Festival 2019

Why make a comedy musical about anxiety?